The Mexican people have given an example to the world

On September 19 and 23 Mexico was shaken by two earthquakes, one 7.1 and the other 6.1 magnitude in the Richter scale. They affected 5 States, scores of municipalities, including the capital, Mexico City.  Hundreds of houses were collapsed and cracks appeared in other hundreds of buildings. Beautiful churches, such as the Church of Saint Francis of Assisi, in Puebla, saw their towers demolished. Everyone still remembers the terrible earthquake of 1985 that produced more than ten thousand victims. This earthquake, even though it was very strong, killed 360 persons.

I have been in Mexico City and Puebla recently, invited to conferences, and have been able to verify in situ the ravages and trauma inflicted on the people.

But what has brought to the general attention has been the spirit of solidarity and cooperation of the Mexican people. Without anyone calling on them, thousands of persons, especially the young, began to remove the rubble to save the interred victims. Groups were spontaneously organized and this spirit of solidarity saved many lives.

Immediately centers were created to gather help for the victims, such as plenty of water, provisions, clothing, blankets and all kinds of important household utensils. As I write this article, (on October 13, 2017), many places that store provisions still are seen.  Cooperation knows no limits.

I will relate only two moving facts. The first: a school building slowly collapsed with many children inside.  A young man, seeing that a sort of canal had formed in the middle of the ruins, crawled quickly through the hole and rescued several 5 to 7 year old children. Just as he had rescued the last child another segment of school suddenly fell behind him, missing him only by seconds.

The second fact: a young woman, about 30 years old, spent 34 hours under the rubble. She granted a moving television interview, sharing different phases of her tragedy. Trapped between the rubble, a slab of concrete was fixed on one side of her face. For 30 hours she heard no voices, no footsteps, or other sounds that would indicate the proximity of someone who could rescue her.

Then she related the different psychological stages, like those we know when an ill person learns the incurable nature of his illness and the proximity of death.

In a first moment, this woman asked herself: why me, why must I be the one to endure this tragedy? Then, almost desperate, she started to cry until there were no more tear. Then she began to pray and to beg God and all the saints, especially Our Lady of Guadalupe, of the main devotion for the Mexican people. Finally, she resigned herself and confidently she surrendured herself to the mysterious will of God.  But she did not lose hope.

Finally, she heard footsteps and then voices. Hope was renewed. After 34 hours, literally buried under a mountain of rubble, she was rescued. And there she was, happy and whole, accompanied by a psychologist who specializes in psychological traumas such as those caused by a sudden earthquake, relating her horrible experience.

Mexico is a region known for its earthquakes, given the configuration of its Teutonic plates. The human being has no power over these natural forces. What humans can do is to take precautions: learn to construct earthquake resistant buildings, as the Japanese people do, and, above all, learn to live with this indomitable reality, like the population of our semi-arid Northern Brazil, that must adapt to and learn to coexist with the drought that may last for many long years, as is happening now.

In the debate, after a conference in the Universidad Iberoamericana, in Mexico City, a woman declared: "if our Country and all humanity would live that spirit of solidarity and cooperation, there would be no poor people in the world and we would have rescued part of the lost paradise".

I reinforced that ideal, and told her that it was the cooperation and solidarity of our anthropoid ancestors, who began to eat together, that allowed them to make the jump from bestiality to humanity. What was true yesterday, must still be true today.  Yes, solidarity and in general cooperation of all with all will rescue that which makes us fully human. In these recent days the Mexican people have given us a splendid example of this fundamental truth.

You have received this message because you are in REFUGIO DEL RIO GRANDE's list.  If you do not want to continue on our list, please let us knowsending a message asking to delete your subscription. Thanks. 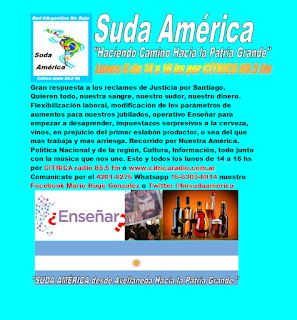 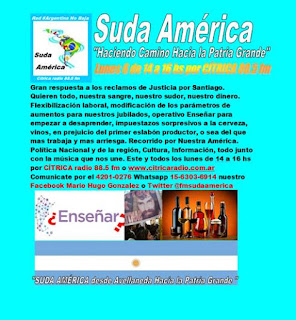