DONALD TRUMP AT THE WRONG TIME AND THE WRONG PLACE Nestor Garcia Iturbe south Bronx gangster speech ¡Give back Guantanamo to cubans!

DONALD TRUMP: AT THE WRONG TIME AND

On September 19th, Mister Donald Trump, President of the United States, showed us what happens when you speak out at the wrong time and place. The language of Chicago gangsters or South Bronx drug dealers should not be used at the United Nations General Assembly.  Perhaps one of his advisors should have warned him of this; but it seems that no one did, perhaps afraid that the response would be a note of dismissal, which is the Northamerican President's most common tactic against those who point out his mistakes.

There is no doubt that many Northamerican diplomats, people who know their work well, even though they defend the interests of the empire in the same forum, were ashamed of Trump's language.  They have done so more appropriately for years.  Trump's speech could be considered the vulgarization of the Northamerican diplomatic tradition, which states its viewpoints, with which many disagree, but which are stated respectfully and appropriately.

It displayed a total lack of respect for the United Nations, for the General Assembly, the dignitaries and everyone who attended the event, as well as those throughout the world in general who are attentive to the meaning of the pronouncements of the Presidents.  The Trump display resembled that of an elephant in a crystal shop.

An organization devoted to peace, to peaceful solutions of conflicts, that has condemned thousands of times the threat to use force,one that defends and proclaims respect for international right, is not the appropriate place to brandish a "big stick" as a means of expressing a country's positions.

When a country lacks a solid basis for its foreign policy, when it cannot convince others through diplomacy, then that country uses other methods to exert economic, political and military pressure to ensure its hegemonic interests, that the United States calls their "National Security". They claim that their "National Security" is affected by events in Venezuela, Afghanistan, Syria, Iran, Cuba, North Korea, and other far away lands that have nothing to do with the territory of the United States.  If all countries adopted the same criteria, we could have a permanent World War.

There was nothing new in the content of the threats hurled by the gangster of the South Bronx.  I think everyone expected him to speak of all that, repeating the positions the United States has maintained with respect to the afore-mentioned countries.  No one dared hope that reason would prevail, or that he would offer peaceful solutions to the controversies in which the United States is involved.

I recently wrote an article titled, "In the end, we would have to give thanks to Trump".  This performance, which showed the World the imperial philosophy and the gangster-like form of carrying out foreign policy, must be added to what was said in that article.  Each day Trump, with his thoughtless and disrespectful actions, shows us more clearly the truth of the empire.

Free translation from the Spanish by 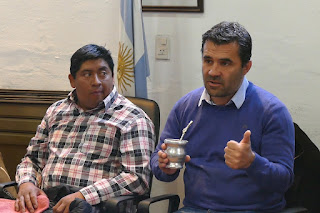 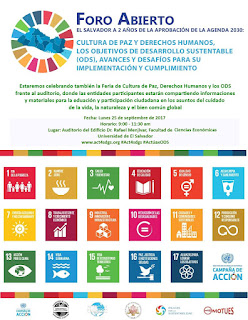