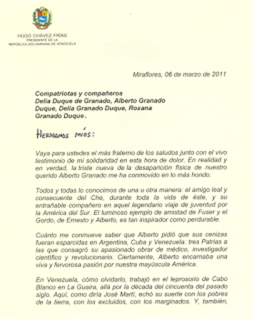 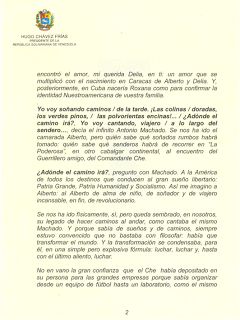 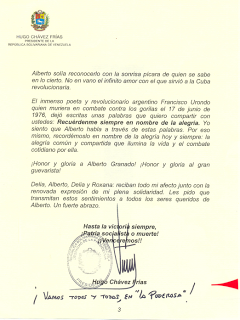 He arrived on St. Valentine's Day having been to both Colombia and Peru.

All three are nations close to our President's heart and exchanges with his counterparts in the latter two would have been more meaningful and informed than they might have come to expect from European dignitaries who generally blindly tow NATO/US lines and swap ephemeral platitudes unlikely to rattle a status quo that literally leaves children starving to death in two of the most unequal and corrupt rich countries on Earth.

How gloriously different things are on this proud insular Caribbean bastion of revolutionary socialism.

Even though Michael D had twice met and talked briefly to Cuban President Raul Castro previously at Nelson Mandela's funeral and at an international conference -- and that "diplomatic chemistry" between them had been described as good -- the fact that their amicable meeting in Havana lasted for more than four hours was noted by many on both sides and most certainly in other quarters also.
Gaillimh Abu!

Protocol had dictated that the official invitation from Cuba had to be extended to the Irish Government -- as opposed to the Head of State -- and meant that the President and his staff were accompanied by officials from a Dept. Of Foreign Affairs that had quite recently made it's rejection of Michael D's reasonable and balanced views on Cuba abundantly clear.

There were no obvious signs of tension between the two establishment camps, although there was at times a somewhat condescending attitude to the mannerisms and intellectualism of the President by Dublin based
civil servants and their political Blueshirt inclined underling superiors.
In fairness, the Irish Ambassador and her staff, who being based in Mexico must have found elements of the traditional Cuban bureaucracy and seeming indifference quite terrifying by times in their endeavors to organize the visit, they did a great job and something essentially warm, hospitable and Irish permeated the official events and functions.

Michael D was well matched -- except in physical stature -- and accompanied to many of these by Cuba's tall bearded and pony-tailed Culture Minister, the poet, political heavyweight, Raul trustee and intellectual Abel Prieto, who seemed to particularly relish the Culture Ireland organized concert of traditional Irish music and dance in Havana's beautiful Teatro Marti.

Two Cuban uileann pipers and the perfect rendition of a sean nos lament "as Gaeilge" by a young female Cuban singer, added to a great session that ended with a standing ovation and a fitting encore.

It was nice to see the best of what we are, where we have come from and what we as a nation aspire to become, eloquently transmitted and represented by our Head of State and fine exponents of our literature, music, language, history and dance.

In the face of the shameful and pitiful Gombeen greed and ignorance, passed off as indicative of who we are on the international stage by our crooked bamd of fraudsters and thieves that must have poor Paddy Kavanagh still twisting restlessly in his tomb, this four day respite in Havana served as a timely reminder that Irish men and women are of a robust, true and noble stock, very much needed in these days of the global Post Trumpwin Stress Disorder epidemic, about which more from Cuba anon..