Please circulate this article widely. Thanks!

Every so often the plutocracy attempts a coup

The Brazilian plutocracy (the 71,440 multimillionaires, according to IPEA) has little imagination. It uses the same methods, the same language, the same pharisaic recourse to moralism and combating corruption to hide their own corruption and to mount a coup against democracy, in order to protect their privileges. Whenever a democracy emerges that is open to social issues, plutocrats are filled with fright. They organize a collection of forces that includes sectors of politics, of judicial power, the MPF, the Federal Police, and principally, of the conservative and reactionary press, as is the case of the O Globo conglomerate.  They did the same thing with Getulio Vargas, Joao (Jango) Goulart; and now with Lula da Silva and with Dilma Rousseff.

In an interview with la Folha de São Paulo (04/24/2016), Jesse Souza, author of The Stupidity of Brazilian Intelligence, (La estupidez de la inteligencia brasilera, Leya, 2015), a book  that deserves to be read, with a critical mind, correctly wrote: «Our moneyed elite has never been committed to the destiny of the country. Brazil is the stage of a dispute between these two projects: the dream of a big and powerful country for the majority, and the reality of a rapacious elite wanting to siphon off everyone's labor and plunder the wealth of the country to fill the pockets of the half dozen.  The moneyed elite rules for the simple fact that it is able to "buy" all the other elites» (Who made the coup and against whom).

In the current process of impeachment, the removal of President Dilma Rousseff, they had a powerful ally: the State's judicial-police complex, that replaced the bayonets. The vice-president usurped the title of president and mounted a pantomime ministry with several corrupt ministers, and weakened the ministries of culture, communications, and the secretary of human rights of the Blacks and of women, criminally cutting the budgets of health, education, attacking the rights of the workers, the minimum wage, labor legislation, retirement and other social benefits, that were created during the two previous regimes.

Behind the parliamentary coup are the forces mentioned by Jesse Souza. Pope Francis said it well to Leticia Sabatella two months ago, when Sabatella and another famous jurist had an audience with the Pope in Rome, and she shared the threat to Brazilian democracy  with the Pope. Pope Francis commented: «that coup comes from the capitalists».

The fact is that we all are tired of so much corruption, justly denounced, and of the delays in the process of impeachment.

No one knows where are we going. Something seems clear: that the social design, mounted since colonialism and slavery with the wealthy casts that were affirmed in power, be it in society or in the structure of the State, is coming to an end.

In times of darkness, such as the present, we need a minimum theoretical framework that brings us light and some hope. The late Arnold Toynbee gives me guidance.  He was the British historian who wrote ten volumes about the history of civilizations. To explain the birth, development, maturity and decline of a civilization Toynbee uses an extremely simple but illuminating test: «challenge and response».

Returning to the case of Brazil: The moneyed and the powerful cannot respond to the challenge coming from the bases, that in recent years have grown enormously in consciousness and in demanding their rights. No matter how hard the moneyed and powerful manipulate the data, they know that it will be difficult for them to return to the centers of power by means of elections. Hence the reason for the coup. Demoralized, they have nothing to offer to the new Brazil that has escaped from their control.

The legacy of the present crisis will probably be the emergence of a different kind of Brazil, of democracy, of the State, of other forms of popular participation.

The pains of the present are not those of a moribund at the gates of death, but the birth pangs of another type of Brazil, more democratic, more participatory and more sensitive to overcoming the worst wound that fills us with shame: the abysmal social inequality. Finally there will be a more humane Brazil, were we can simply be happy.

You have received this message because you are in REFUGIO DEL RIO GRANDE's list.  If you do not want to continue on our list, please let us know sending a message asking to delete your subscription. Thanks. 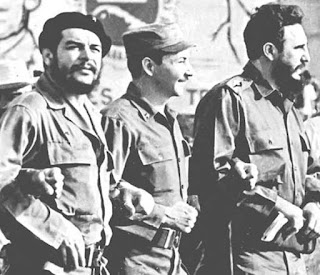 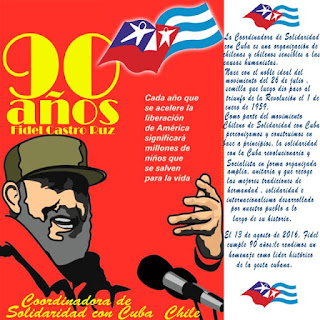