Leonardo Boff: The Olympic Games: A Metaphor for a Humanized Humanity

Leonardo Boff: The Olympic Games: A Metaphor for a Humanized Humanity

Please circulate this article widely. Thanks!

The Olympic Games: A Metaphor for a Humanized Humanity

Since this past August 5th, Rio de Janeiro has been home to the 2016 Olympic Games. An immense infrastructure of arenas, stadiums, new avenues and tunnels has been created, that will leave an unforgettable legacy to the Carioca people.

The opening and closing ceremonies are occasions of great celebration, when the host country attempts to show the best of its art and uniqueness. This time the opening ceremony was of unimaginable splendor, with a great parade of the samba schools.

The effect of the lights and images projected on enormous screens created a magical and almost surrealistic atmosphere, provoking tears of elation in many.

The principal moment was the parade of delegations from 206 countries, more than are represented at the United Nations, of which there are 193. Each delegation paraded in the typical costume of their country, the best showing for being colorful and elegant being the African and Asian ensembles.

We know that interests and power maneuverings underlie all social and international relations. But here, in the Olympic Games, if they existed, they were practically invisible. The sports and Olympic spirit predominated over national, ideological and religious differences.  All were represented here, even a group from the refugees that are now particularly inundating Europe, who received well deserved applause. Perhaps this event is one of the few places where humanity finds herself, as a unique family, anticipating a humanization that is always sought after, but never definitively maintained, because we still have not advanced in the awareness that we are one species, the human species, and that together we have a single common destiny with our Common Home, Mother Earth.

This is perhaps the most important symbolic message that an event such as this sends to all the peoples of the world. Beyond the conflicts, differences and problems of all types, we can live, for an instant, the future of a humanity that finally has become human, and found her rhythm in consonance with the rhythm of the very universe. This is a single unit and a complex, made of innumerable networks of relationships among everything, constituting a cosmos in cosmogenesis, continuously recreating itself as it expands and becomes more complex.  Humanity cannot escape this rhythm.

The Olympic Games invite us to reflect on the anthropological and social importance of play. I am not thinking here of play, such as that which has been turned into a profession and a great international business, such as football, basketball and others. They are better called sports than play. Play, as a human dimension, reveals itself better in popular environments, in the streets or on the beach or in any space with grass or sand. This type of play has no practical end, but carries within itself a profound meaning as an expression of the joy of having a good time together.

In the Olympic Games another logic prevails, different from the daily logic of our capitalist culture, whose articulating axis is an excluding competition: the stronger triumphs and, in the market, if it can, devours its counterpart.  In the Olympic Games there is competition, but it is an inclusive competition, because everyone participates. The competition is to be the best, while appreciating and respecting the qualities and virtuosity of the other.

The Christian tradition developed a whole reflection on the transcendental meaning of play. I want to concentrate a little on that.  The two sister Churches, the Latin and the Greek, refer to the Deus ludens, the homo ludens and even the eccclesia ludens (The playful God, the playful man and the playful Church).

They saw creation as a great game of the playful God: to one side God launched the stars, to another, the Sun, and far below, God placed the planets. And with tenderness God located the Earth at just the right distance from the Sun that the Earth could have life. This creation expresses the boundless joy of God, a sort of theater where all beings parade and show their beauty and grandeur.  At that time, creation was spoken of as a theatrum gloriae Dei (a theater of the glory of God).

Gregory Nazianzen (+390), the great theologian of the Ortodox Church, says in a beautiful poem: «The sublime Logos plays.  Just for pure pleasure and by all means, He adorns the entire cosmos with the most varied images». In effect, play is the work of the creative fantasy, as little children show: play is an expression of a freedom without coercion, creating a world without a practical end, free from greed and from individual benefits.

«Because God is vere ludens (truly playful) each one of us should also be vere ludens», counseled, when he was already an elder, Hugo Rahner, one of the finest theologians of the XX Century, and brother of Karl Rahner, another eminent theologian, who was my professor in Germany. .

These considerations serve to show how our existence here in the Earth can be without dark clouds and without anguish, at least for a moment. Especially when we glimpse the beauty of the different modalities of the games, we can see the mysterious presence of a playful God. Then we must not be afraid.  What blocks liberty and creativity is fear.

Atheism is not so much the opposite of faith, as it is fear, especially fear of loneliness. To have faith, more than adherence to a set of truths, is the ability to say, following  Friedrich Nietzsche, "Yes and amen to all reality".   In the profound, reality does not betray, but is good and beautiful, joyful and welcoming.  Playing we express happiness for being part of that reality, and, in a universal form, of the Olympic Games.

Perhaps this is its secret meaning.

You have received this message because you are in REFUGIO DEL RIO GRANDE's list. 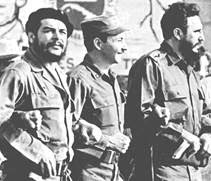