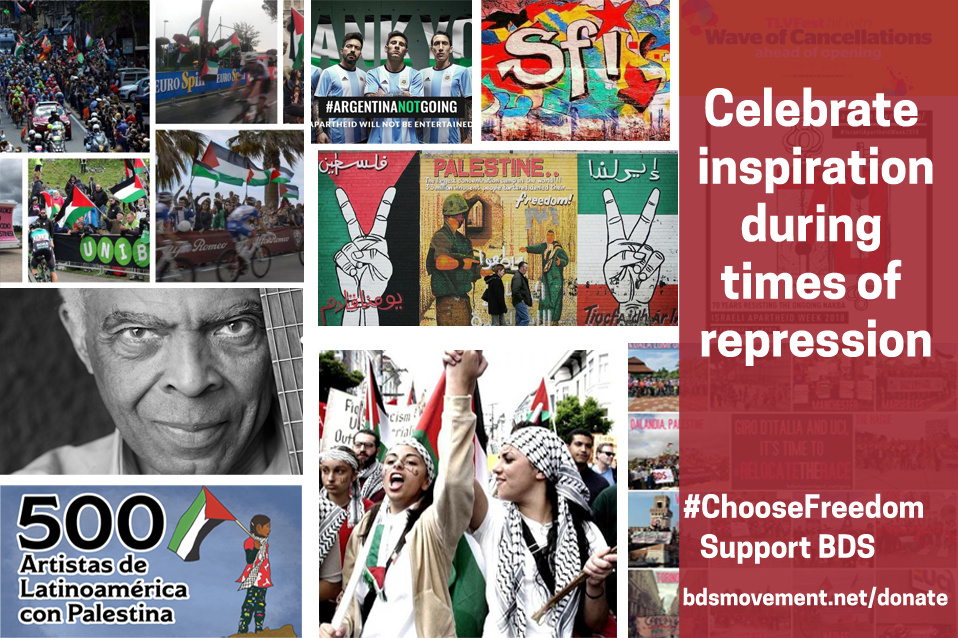 Israel has escalated its military assault and siege against Palestinians in the Gaza Strip after killing more than 130 unarmed Palestinians over the past few months. Israel has also passed a racist, anti-democratic “Jewish nation-state bill.” Despite the fact that one in five citizens of Israel is an indigenous, non-Jewish Palestinian, the bill states that “Israel is the historic homeland of the Jewish people” who “have an exclusive right to national self-determination in it.”

By enshrining systematic discrimination into its basic laws, Israel has effectively declared itself an apartheid state, like South Africa once was.

Escalating our BDS campaigns for Palestinian rights is among the most effective responses to this fresh Israeli criminality.

The impact of the movement for Palestinian rights has grown impressively in 2018.
Please donate to grow it further!

Argentina’s national soccer team, led by Lionel Messi, canceled a “friendly” exhibition match with Israel, after the team’s supporters, from Palestine to Argentina to Barcelona, appealed to them not to play Israeli apartheid. Striker Gonzalo Higuain said it was the “right thing” to do.

A number of world-class artists have distanced themselves from Israel and refused to perform or attend events there, including Shakira, Natalia Oreiro, Gilberto Gil and Natalie Portman.

Tens of UK bands have endorsed the cultural boycott of Israel in a mass social media action using the hashtag #ArtistsforPalestine in the wake of Israel’s massacre of unarmed Palestinian protestors in Gaza.

Tiago Rodrigues, the artistic director of a major theater in Portugal, canceled his participation in an Israeli festival saying, “it’s the only way to ensure that my artwork will not serve to ... support a government that commits deliberate human rights violations and is currently violently attacking the Palestinian people.”

City councils from Latin America to Europe, including Valdivia (Chile), Dublin, Barcelona and Bologna, have called for a military embargo on Israel or adopted BDS for Palestinian rights.

There are many more victories. If we listed them all here, our email would be pages long.

Each of these successes is the result of long hours of principled, strategic and carefully-planned campaigns by Palestine solidarity groups, especially BDS organizers, from Jerusalem to Rio, London to Johannesburg, New York to Delhi and beyond.

The potential in the BDS movement is monumental, and we need your support to turn this possibility into a reality.

Help us grow until Palestinian rights are achieved.

Your support will raise the price of Israel’s crimes and apartheid laws. It will bring us closer to freedom, justice and equality.

The Palestinian BDS National Committee (BNC) is the largest coalition in Palestinian civil society. It leads and supports the global Boycott, Divestment and Sanctions movement for Palestinian rights.